Since 1862, Rives have actively been involved in the trading, selection and processing of pelts, hides and skins.
In 1956 saw the creation of trading branches in Australia to select, prepare and export ovine skins. Following the same principle in 1980 Rives France creates a structure to facilitate the purchase of Ovine, Goat and Rabbit skins.

In 1660, Mr. Jacques Rives, a Mazamet Huguenot becomes wool trader.
In 1862, Mr. Yorick Rives acquires the Spinning factory known as “Usine de Cayenne”
In 1923, the concept becomes “ Société des Etablissements Philippe Rives”.
In 1956, Philippe Rives Pty becomes the Australian subsidiary.
In 1980, after Australia it is in France that RIVES will start its French Ovine skins and wool
purchasing with the first center in the Aveyron.
In 1985, death of Mr. Andre Rives. The company passes to Mr. Roger Cazenave.

In 2007, a new section was created. The object being the commercialization of finished Ovine and Bovine skins for the European market.
In 2009, Rives becomes the Service Operator for Bigard, the biggest French meat processor.
France. Rives treats, grade and stock, ready for export, the Ovine skin production of this Group.
In 2011, acquisition of the company RIVES by Denis and Christian CAZENAVE, creation of RIVES SAS.
In 2012 launching of Rives ‘own brand, made in France: RIVES 1862.
Today Rives France has an annual production of 2 000 000 Ovine, Rabbits and Goat  kins and 90% is exported. 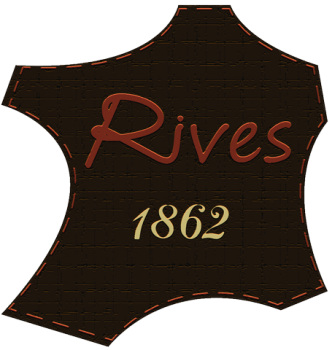 A reputation well established to service suppliers and clients.

The direct contact with the leading French abattoirs finds Rives SAS France at the head of  the export ladder in France. The experience gained from the creation of Rives Australia brings to fruition a policy of constant investments.

Also are appreciated particularly the traceability of the animals, the pertinent selection and quality control and strict follow up.

Rives, in Australia since 1956

Roger Cazenave, following a long study trip in Australia and South Africa, chooses Australia where the social and economic conditions appear to be much more related to the philosophy of the French enterprise.
Jean-Pierre Azémat follows Guy Pascal in his role of Managing Director in 1992. The Australian company has now overtaken the original mission of a simple buying post for Rives SA and has become the major exporter of Australian sheep and lambskins to Europe and  Asia.
The Australian enterprise continues to this day, with Christian Cazenave, the long-established tradition of service and quality established by their predecessors. 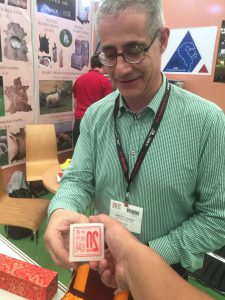